A door hanger advertisement is similar to a "do not disturb" sign you've probably seen at hotels, except they display an ad for your business instead. You can customize them to promote any message you'd like and even include images to help catch people's attention. Because they're placed on a door knob rather than in a mailbox, people tend to notice them more.

Door hangers are a great advertising tool to help you connect with potential customers. Whether you want to promote your business broadly or put a specific message out there—like announcing a sale—it's an effective way to do so. Here are five reasons that you should consider using customized door-hanger advertisements for your business:

Putting a customized advertisement piece on someone's door feels more personal than other promotion options. When someone sees an ad on a billboard, they know it's meant for lots of people to see, but a door hanger ad is meant for them specifically. Knowing that someone had to go to their home to put it there also adds another level of personal messaging that makes them more likely to pay attention to what it says.

2. They're Hard to Ignore

Many advertising methods are so overused that people have gotten used to ignoring them. When you get a promotional piece in the mail, you probably throw it out without giving it much thought because you've gotten so many of them over the years. People have to remove a door hanger advertisement from their doorknob before tossing it aside, which adds time for them to check out what it says.

Door hanger advertisements are rarer than other advertising methods, which means people are more curious when they receive them. They may be willing to check out what they say because they're not used to seeing them. They haven't had the chance to develop the habit of taking them down and throwing them out yet, so they're more likely to take a glance at them before discarding them.

Some advertisement methods don't allow you to control the areas you want to target. You can place door hanger advertisements on doorknobs in any location you wish. You can skip certain homes, target specific demographics, etc., so you control who sees your ads.

5. You Get an Opportunity to Speak to People in Person

If you place your door hanger advertisements yourself, you may be lucky enough to speak to some people in person. People are much more likely to pay attention to a real person than an advertisement piece. That one-on-one conversation might get you a new customer for life.

To explore your options for door hanger advertisements, contact a marketing service—such as at Doorhangers.com. 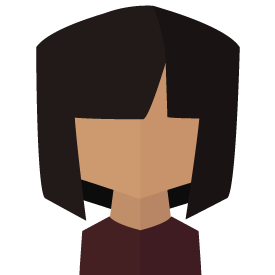 When I was in college, I was offered a part-time job in the office of admissions. Because I’d never had a job before, I was excited. Immediately, I was impressed with my boss. She was a young marketing graduate who had attained success early in her career. She was professional, experienced, and polished. She came to work early; and, she went home late. After working with her for a few months, I was saddened when she accepted a position in the admissions department of a more prestigious university. However, her work ethic and dedication to her marketing career inspired me. On this blog, you will discover several tips to help you launch a successful career in marketing.